Posted on February 5, 2013 by abiggerworldyet

Yearly in late September or Early October our teachers and students at George Fox trek out to Newport Oregon for our annual art retreat.  Below is one of the sketches from 2011’s retreat. 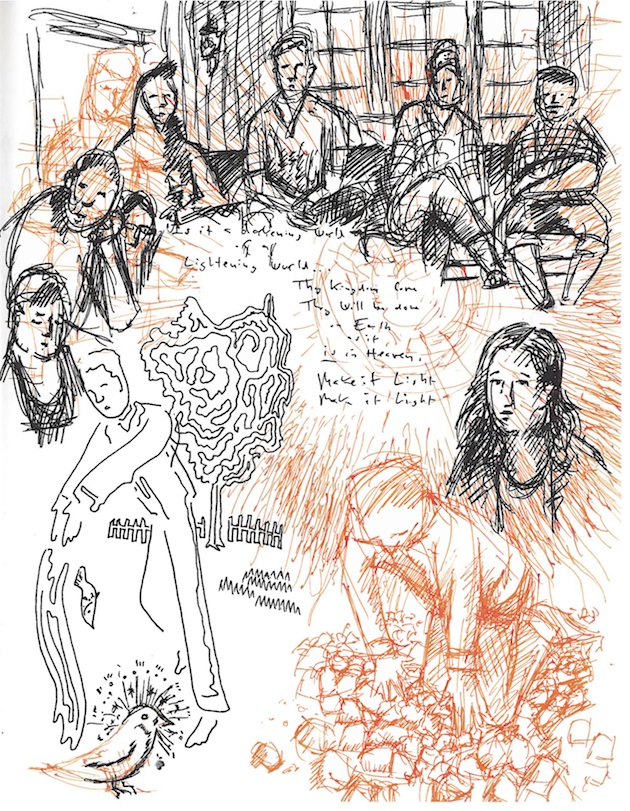 This sketch is a good example of having one color pen first (the orange) and doing an image, and then having another (the black) later, and filling up the page with another “visual” thought.  For the black, we had a time of sharing at the retreat of which I was able to draw some of the students while they sat about, while the orange drawing was a more intuitive drawing.